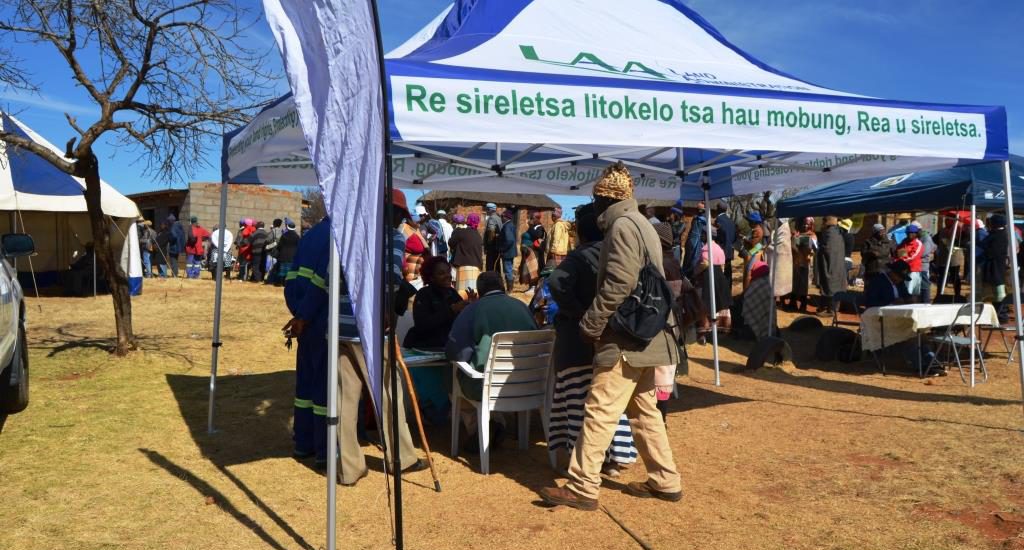 This, was revealed by LAA Executive Manager, Mr. Tankiso Sephoso in an interview with LENA.

Mr. Sephoso said the registration is aimed at granting plot owners with land leases so that they can comply with the Land Act, which provides that all plot owners at urban areas must have a land lease.

He said the objective is also to update records so that they can know where commercial plots are based in urban areas, adding that they are meeting plot owners halfway by saving them time to register their plots at the head office individually.

He clarified that they are concentrating on registering commercial plots that have already been surveyed, appealing to plot owners to prepare documents that indicate that they have been allocated the land.

He mentioned this documents as among others, allocation titles and deed of sale.

However, he said plot owners are expected to pay statutory fees such as stamp and ground fees among others.

It has been supported by the Land Administration Reform Project as part of the Millennium Challenge Compact.
This story was originally compiled by LENA